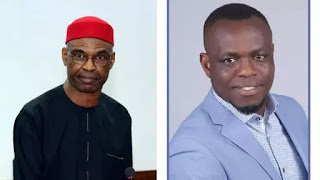 The candidate of the of All Progressives Grand Alliance Mr Mike Ukaoha has been declared the winner of Arochukwu state constituency election.

The Appeal court sitting in Owerri had on Monday November 11, 2019, upheld the decision of the Governorship and state Assembly tribunal which earlier ordered for a re-run in some polling units in Ututu ward, Aro ward 1 and some units in Abam and Ututu all in the Constituency.

The candidate of the Peoples Democratic Party in the election Mr Eric Aso Kalu, had filed a suit at the Tribunal, seeking to nullify the election which returned Mr Mike Ukoha, the flag bearer of the All Progressives Grand Alliance.

He claimed that the election was marred by irregularities and over voting.

After collating the results of the rerun election, the Returning officer, Prof. Austin Uwakwe, announced that the APGA candidate polled 6550 votes to defeat the PDP candidate who polled 5129 votes.

The returning officer declared Mr. Ukaoha as winner of the election having polled the highest number of lawful votes cast.

Results from two polling units were cancelled following the reported incident of violence and over-voting.

Meanwhile, the Independent National Electoral Commission has declared Hon Obinna Ichita, the candidate of the All Progressive Grand Alliance as the winner of the Aba South Constituency seat election.

This came following the Court of Appeal judgment that ordered rerun election in some polling units in the Arochukwu state constituency.