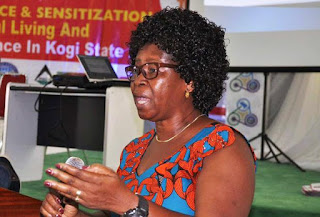 ActionAid Nigeria has called on the Nigerian government to intensify its fight against corruption through stiffer punishment for looters and inclusion of citizens in the anti-graft war, due to last year’s Corruption Perception Index (CPI) index report that ranked Nigeria 146th out of 180 countries on corruption index.

Speaking in Abuja, the Country Director of the anti-poverty organisation, Ene Obi, said: “While it appears that the Nigerian government is doing so much in fighting corruption, the just released Corruption Perception Index (CPI) 2019 has contradicted the assumption that we are excelling in the fight against corruption.”

“We do agree that the CPI report annually is based on perception, however, perception also helps to validate the gaps that exist in the ways government relates with its citizenry.”

The report, which ActionAid Nigeria considers to be revealing, shows how Nigeria has retrogressively slipped down in the hierarchy of 180 countries measured. In the last two years, the country has slipped from 148 in 2017, made slight progress in 2018 and now slipped down by two positionss to 146 among 180 countries.

The country’s score has placed it between three top scorers and bottom scorers in sub-Sahara Africa.

The organisation said it found the recommendations of CPI very useful, especially in the area of citizens’ engagements, saying: “Governments should protect civil liberties and political rights, including freedom of speech, expression, and association.

“It should also engage civil society and protect citizens, activists, whistle-blowers and journalists in monitoring and exposing corruption.”

Raising concerns over the indiscriminate arrests and detention of journalists over frivolous charges, Obi lamented that access to information is still very weak and social contract between government and citizens still not effectively executed, adding: “In addition to the recommendations by Transparency International, ActionAid Nigeria would recommend that government should be more deliberate on citizen inclusion and engagements in the anti-corruption fight through sensitisation to mobilise a critical mass of citizens against corruption.

“This would eliminate the distrust and negative perceptions gaining momentum in citizens’ space.”

It also called for more support in strengthening credible institutions with the capacity to mold both the narrative and direction of the anti-corruption efforts in Nigeria, saying there should be no political interference in the execution of legislations and there should be clear-cut roles and responsibilities among relevant agencies in the fight against corruption.

Obi said: “The media should be more proactive with investigating the news behind the news. There should be an effective media engagement to generate more evidence through investigations of corrupt practices to stimulate public discourse.

“Civil Society Organisations (CSOs) should partner with the media to investigate and uncover hidden corrupt practices.

“Citizens should uphold values of honesty, integrity, and transparency and should strongly take ownership of the fight against corruption in Nigeria.”

Get Reductions On Vehicle Insurance

“Obasanjo”, Two Others Shot Dead By Cultists In Lagos

The Best Way To Pick The Excellent Vehicle For Yourself

Return To Arsenal On The Cards For Promising Nigerian Midfielder Olayinka

I’ll appear in a live broadcast tomorrow, to proof that I’m not dead – Nnamdi Kanu