TY Danjuma’s Comment About Me Is A One-Man Opinion, I Care Less – Buhari

Hon. Omolola Olanrewaju changing the narratives for the downtrodden 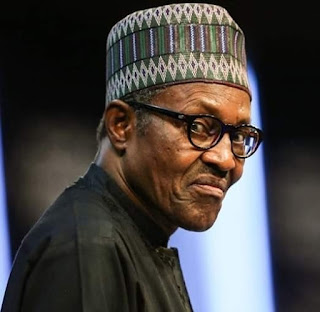 The President,  Muhammadu Buhari  has dismissed the claim by a former Minister of Defence, Gen. T.Y. Danjuma (retd.), that Nigeria under his watch is in deep rot.

Danjuma had, at a recent event in Ibadan, the Oyo State capital, scored Buhari low in governance and anti-corruption war, claiming that Nigeria under the retired general’s watch “is in a big hole.”

He had said that most Nigerians would be seriously disturbed if he declared what he knew about what was going on in Buhari’s government.

While speaking at the University of Ibadan, during a book launch, Danjuma was quoted by to have said, “In Yorubaland, everybody seems to have lost their voice, scared. And people appear not to care about what is happening. If I tell you what I know is happening in Nigeria today, you will no longer sleep.

“So, Chief Ayo Adebanjo’s warning and advice are very timely. If you want details, I will give it to you privately.

“We are in a big hole as a nation. And people who put us in this hole have continued today. So, we’ve to wake up. Only we can save ourselves.”

But Buhari in an interview he granted the current edition of The Interview Magazine, said he cared less about Danjuma’s comment, noting that the ex-minister’s comment was a one-man opinion, compared to the majority of people whose votes he garnered to return as President for a second term in 2019.

Buhari said, “And what is the vote of confidence of Nigerians in me, as expressed in the polls last year? That is what matters more, not the opinion of one man.”

Buhari, in the interview, also said the relationship between him and Vice-President Yemi Osinbajo “is perfect” despite the perception in certain quarters that there may be a cold war between the two.

He also denied the existence of a ‘cabal’ in his regime, said to be dictating the pace of governance in the country.

Asked about his relationship with Osinbajo, he simply replied, “Perfect. Or has he complained to you? Thank you very much.”

On the alleged existence of a cabal, Buhari said, “I addressed this matter before. I was the one who went round the country on campaigns, and I was the one voted into office as President twice.

“No one else did, and no one else took the oath of office, and can exercise the powers of a President.”

When asked whether some of the actions of his regime were not in direct opposite to his claim of being a “reformed democrat,” Buhari said he did not expect critics to praise him.

According to him, his satisfaction is that Nigerians have confidence in him, as expressed during the last polls.

“You called them critics. If they are critics, you would hardly expect them to garland me. Rather, they would look for things to try and de-market me.

“But, I am glad that as they do that, millions of Nigerians know who their President truly is, and they have made it clear in 2015 and 2019 presidential elections. All countries, including the old democracies must maintain law and order. If you look around the world, our policing operations are as restrained as any,” he added.

The President also spoke on the decision of PUNCH titles to prefix his name with Major General because of some of the anti-democratic actions of his regime.

He said, “Am I not a retired Major General of the Nigerian Army? I didn’t just pick the rank in the streets, I earned it,” Buhari said.

He clarified a comment he made in March last year after winning the election that things would be “tough” in the next four years, explaining that the meaning was twisted to make it look like he promised to make things harder for Nigerians.

“I meant tough in terms of decisions we would take (and which we are now taking) and not in terms of hardship for the people. But those who love to twist everything attempted to change the meaning.

“But we are glad that those who know really know. No good leader should wish his people tough times at anytime,” he added.