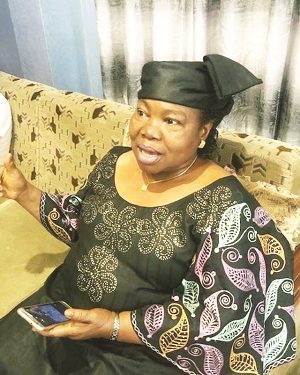 Does the APC stand a chance in the 2020 governorship poll in Ondo?

First, I will categorically state that Ondo State is and would remain an APC family, even after the election. What happened in the party in the last general election was complicated and a typical situation of a house divided cannot stand, period!

There were several unwarranted self-inflicted acrimonies that left the party vulnerable. So, an opposition party took advantage.

That would not have been the case if the APC had a united front. I was actively involved in the last election as an aspirant for the position of the House of Representatives for Akoko North East/West Federal Constituency.

This gave me the opportunity to witness the problems that befell our party first-hand. Everything dates back to 2016 APC governorship primary.

In 2016, after Akeredolu emerged as the flag bearer, the whole party worked assiduously to ensure victory at the polls.

Unfortunately, as soon as he was sworn in, rather than unite the party to work in delivering its mandate in Ondo State, he began the politics of exclusion which dovetailed into the disunity seen in the party.

What do you mean by politics of exclusion?

The government under Akeredolu categorically ensured that those who supported his opponents at the APC primary were generally excluded from being part of governance at all levels.

This led to the emergence of the ‘Aketi Group’, which labelled themselves as the group that supported the governor before his emergence as the flag bearer of the APC.

Therefore, APC members who did not support him before the primary were treated as outcasts within the party. Despite denials of the existence of Aketi Group, you will find the group in small numbers in every nook and cranny of my senatorial district.

Talking to fellow aspirants, from other senatorial districts of Ondo State, further buttresses my assertion.

Therefore, during the last presidential and National Assembly elections, rather than the party presenting a united front, efforts were put in to enforce the candidates of the Aketi Group on the party as flag bearers for all the positions of the Senate and House of Representatives.

Aspirants, like me, were called to a meeting at the APC secretariat to meet with the state party chairman who firmly ordered all aspirants to step aside for the anointed candidate of the governor. As you can imagine, the meeting ended in disarray.

When it became obvious that the attempt at the imposition of candidates had failed, as the governor’s anointed candidates did not emerge as party flag bearers, rather than support the candidates that emerged through the process, the governor encouraged and sponsored his cohorts to defect to the Action Alliance (AA), barely a few months to the general election.

At AA, candidates favoured by the governor were given automatic tickets for the Senate and the House of Representatives.

Are you accusing the governor of anti-party activities?

Yes, it is a known fact that as at the last election, the preferred candidates of the governor who did not emerge as APC flag bearers moved en masse to AA. I mean it is an open secret.

Moreover, the Central Working Committee of the APC suspended the governor for anti-party activities after the elections.

APC votes were divided between AA and APC. Under such circumstance, it is no rocket science that another party would win, which in that case was the PDP.

So, I would say PDP candidates were just freebooters. But, if you look at the margin of victory in the face of all the circumstances in the APC, then it is obvious that a little more cohesion within the party would have easily secured an APC victory.

But the governor boasted he won almost all the seats in the House of Assembly?

Yes, because the APC House of Assembly primary was not allowed by the party chairman and the governor to hold in Ondo State. So, automatic APC tickets were given to AA faithful.

Thus, sadly leaving the APC members with no choice but to vote for these handpicked candidates rather than lose the election completely to an opposing party.

As if that was not bad enough, he encouraged the remaining AA faithful to still run under AA just as a pretext for kangaroo election and after their inevitable loss, the governor automatically rewarded them with appointments in his cabinet such as special assistants (SAs), personal assistants (Pas), etc.

How can APC win Ondo come in the October election?

Let Akeredolu go! We have people who can run the state better. The great divide is hurting the APC as a party and this is also affecting the progressive management of the state.

Ondo State is a civil servant state. No major industries at all, except sawmilling. We need someone from the private sector, who can think beyond civil service jobs.

Can the Ondo APC unite for victory?

Yes, of course, like they say ‘fool me once shame on you but fool me twice shame on me’. The nonsense that has been happening in Ondo State APC in the last three elections will not continue.

As a matter of fact, all APC faithful are united to correct the anomalies through the APC Unity Forum under the leadership of Pa Ali Olanusi, the former deputy governor.

A leader who cannot work with his party members to ensure its victory in the presidential and National Assembly elections should not be allowed to continue in office for a second term.

It is as simple as that. Moreover, party leaders at the state and national levels, I believe by now, can see for themselves that it is not just mere allegations, but a reality that the APC under the leadership of Akeredolu has lost its credibility with the people of Ondo State.

To think that a man with all the machinery of incumbency could not deliver victory for President Buhari in the last election says it all.

With Akeredolu ruled out, who should get the party’s ticket?

The APC in Ondo State has many credible individuals that can run for the governorship position. I would like to believe that the party is not deficient of credible people who desire to be governor.

However, it is one thing to show a desire to be a governor and another to be electable. That being said, I believe Omooba Jimi Odimayo should get the ticket.

Is it not too early to pitch your tent?

Well, maybe I differ from your ‘typical’ politician then! For me, I am quite blunt and straight to the point. Most people would say that is not a good political attribute; they have a right to their own opinion.

Why should Odimayo get the ticket?

First, he is credible and electable. There are some traits of a good leader, I have observed in Jimi: diligence, patience, passion and integrity.

He is a hardworking man, as his records show. He is very passionate about the change that Ondo State people clamoured for: industrialisation.

He patiently listens when people talk to him or advise him on issues. He speaks truthfully in a genuine manner; he is frank and does not change stories to suit narratives.

His integrity is intact, and he is not intimidated by people or names. Above all, he is very godly. He is electable, and there is no use supporting a man that is not electable.

The present governor is from the North Senatorial District and since it seems almost inevitable that he will not be coming back, the sympathy of Ondo indigenes in the spirit of rotation favours the Southern senatorial district where Omooba Jimi Odimayo hails from.

Finally, what can be done to encourage more female participation in politics?

Generally, I try as much as possible not to play the gender card. This is because nobody gives you anything in life; you have got to take it, period! Listen, women in Nigeria have a unique opportunity to be at the helms of affairs politically; we have the population advantage and the youths are our children.

So, sincerely, if women cooperate and decide to support one another, we can easily have more women in elected positions.

Therefore, our failure to work together is our fault. The good news is that women in Ondo State are coming together and forging a united front to ensure our fairer treatment and to increase the inclusiveness of women in the politics of the state.

This positive development is evidenced by the surge in the number of women in the state that now vie for elected positions.

There is still more grounds to cover and it is advisable that women should not allow themselves to be relegated to just singing, dancing and noise-making during campaign rallies, but should come together at local, state and federal levels to say this is what we want for ourselves, our children and nation.

They should present this to prospective political office holders, listen and engage with them and whoever has the most to offer to the women folks should be supported and our children should be enlightened on who to follow. Until we do this, then we are just kidding!

Community policing to be integrated into Amotekun, says IG

We Are Ready To Resume, University Lecturers Cry Out To FG

At 81, Alaafin of Oyo, Welcomes A Son With His Youngest Wife, Damilola