Revealed : How late Joda became the casualty of the the ongoing NARD industrial action.

He was attended to by doctors from the NYSC

According to the information privy to Nigeria Standard News, The northern elder statesman, Ahmed Joda, who was rushed to the Federal Medical Center, Yola, Adamawa State, on Friday died after a surgical operation.

The source learnt that Joda, who died at a time the National Association of Resident Doctors is on an industrial action, was attended to by doctors from the National Youth Service Corps and a few consultants who were the only ones on duty.

He was reported to have been admitted and operated upon last Monday for an undisclosed ailment, according to Adamu Muhammad Dodo, the Head of Information and Media Relations, at the FMC, Yola.

In the same week, President Muhammadu Buhari and Bola Tinubu, both leaders of the ruling All Progressives Congress (APC), were in the United Kingdom seeking medical services.

However, Dodo told Nigeria Standard News that the hospital did not shut down despite the doctors’ strike, but many services were affected.

He confirmed that healthcare service delivery in the hospital usually suffered a setback whenever any branch of the medical professional services was lacking.

He said, “Healthcare service is normally affected when any of the professional groups down tools in a hospital setting, as it will translate to constraint in a given service window.

“The scenario is summarily the experience with the current industrial action embarked upon by the National Association of Resident Doctors.

“A service window is affected; this has led to what you have observed as skeletal services being rendered in the hospital. Note that NARD is only a category of medical doctors. Therefore, not all doctors in the hospital are on strike; there are doctors from the ranks of Principal Medical Officers (PMO) and above, the Consultants and the NYSC doctors are trying as much as possible to attend to the patients on ground.

It is only that the workload is overwhelming on those who will also have to cover the duties of the striking doctors.

“It isn’t true that the hospital is completely shut down as it’s being speculated. You’ve gone round; you’ve seen it yourself.”

Obj, Pst.Adeboye, Ooni, Others Honour Esther Ajayi As She Unveils Cathedral In Lagos 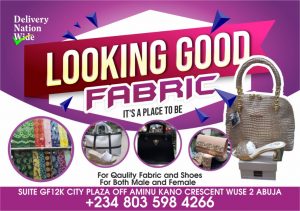 Many Reasons  Why Sikirat Sindodo Can Not Get Married Again

From nothing to something: How real estate guru in Ogun struggle to pay N25,000 school fees Broken home build me to become who I am,

COVID-19: Access Bank debunks plan to sack 75 per cent of its workforce

Hushpuppi’s Girlfriend, Amirah Dyme  Dumps Him For Another Man

Football and Betting Online – Is It Lucrative?