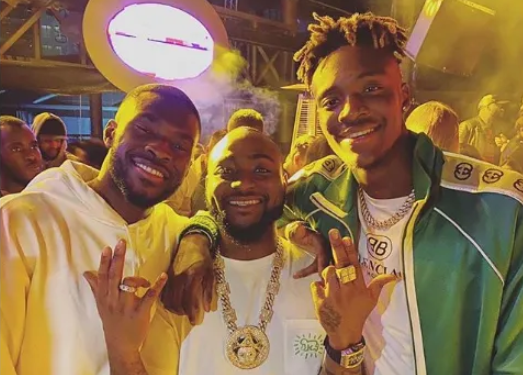 The Chelsea pair was enjoying a much-needed break in the United Arab Emirates city ahead of an important season run-in while Davido was in Dubai for his elder brother’s wedding.

Following Chelsea’s 2-2 draw with Leicester City on Saturday, Abraham and Tomori ventured off on their holidays as the Premier League’s first ever winter break started this week, giving players some time off to recharge their batteries after a busy Christmas and New Year period.

Abraham has been on top form this season and is the Blues’ current top scorer with 15 goals this season, while Tomori has played 14 times in the league for the west London club having shone since returning from a loan spell with Derby County.

Chelsea will face Odion Ighalo’s Manchester United on 17th February at the Stamford Bridge when the Premier League resumes.

Four Years Is Not Enough  For Me, Obaseki Cries Out

What Ajimobi Said  Before His Death-Aide