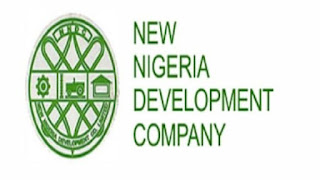 The intrigues that trailed the confirmation and anticipated inauguration of the board of the Niger Delta Development Commission (NDDC) climaxed yesterday as President Muhammadu Buhari disbanded the board.

With the move, Buhari effectively brushed aside the objections by Senate President Ahmad Lawan when he (Lawan) told the Senate Committee on NDDC to recognise the board when dealing with the commission’s budget rather than the interim management set up by the presidency.

Lawan had said that with the confirmation of the board members, the interim management committee had become null and void. He had also asked the newly confirmed board members to take over the affairs of the commission immediately, stressing that the law setting up the NDDC does not recognise any interim arrangement once a board is in place.

Buhari had sent the names of a 16-member board to the Senate for confirmation. The Red Chamber had on November 5, 2019 confirmed the appointments of Dr. Pius Odubu and Bernard Okumagba as Chairman and Managing Director, and 13 others.

Their joy however was cut short as Buhari in a letter to the Senate President, dated December 23, 2019 disbanded the board. The latest development might have ended the power play that has rocked the commission, crippling its activities for months.

The president’s letter reads: “After the dissolution of the board of NDDC, an interim management team was set up to manage the affairs of the commission before a new board was composed and sent for Senate’s confirmation.

“The Senate is invited to note that after the process of composition and the Senate’s confirmation was ongoing, I directed that the forensic audit of the board be carried out which is being overseen by the interim management team.

“Based on this, and in order to allow for the uninterrupted process of the forensic investigation, the board appointment confirmed by the Senate has to be put on hold to allow the interim team continue to manage the commission, pending the outcome of the forensic audit.”

The letter stated further that the presidency would compose a new board of the commission for confirmation by the Senate.

One of the issues at the beginning of the confirmation hearing had been the Senate turning down Buhari’s nominee from Rivers State, Dr. Joy Yimebe Nunieh, following her failure to appear before the chamber’s committee on NDDC.

A drama had ensued as Senate Minority Leader Eyinaya Abaribe identified the absentee nominee as the same person sworn in on the interim board of the NDDC by Buhari.

But Lawan had maintained that there was no problem. “The president sent to the Senate his request for us to confirm his nominees. As soon as we conclude on this process of confirmation, I am sure that any other structure that exists now is vitiated. So, I don’t think we have anything to worry about,” he said, urging the Senate committee on NDDC to ensure a proper oversight.

The intrigues also led to the non-presentation, as at when due, of the NDDC’s 2019 budget proposals to the National Assembly for consideration. A source within the committee on the NDDC, had explained that the commission’s budget ordinarily ought to have been forwarded to the two chambers of the National Assembly at the expiration of the NDDC 2018 budget in July. That, however, was not done at about five weeks to the end of 2019.

The delay might not be unconnected with the confusion caused by the presence of both the interim management committee and the board the Senate had confirmed, but which Buhari did not inaugurate.

The power play between forces disposed to the continued existence of the current interim committee of the NDDC and those supporting the inauguration of the 15-man board confirmed by the Senate as substantive members of the commission, adversely affected the quest to produce the 2019 budget for the commission.

Despite the insistence of the Senate that the interim committee should give way to the persons appointed and confirmed as members of the NDDC management and board few weeks ago, Buhari still did not act on the confirmation.

This appeared to show that the president gave a tacit approval and preference to the interim committee, as he sent the budget proposal without the inauguration of the substantive committee.

The source said the president might have been under pressure to do the needful, as more than 13 months after the time required by law, the NDDC was yet to submit an estimate of its expenditure and income for the year 2019, thereby grossly failing to comply with the provisions of the 1999 constitution as amended.

Meanwhile, the Coalition of Civil Societies for Good Governance and Change Initiative (CCSGGC) has blamed recent attacks on NDDC’s Acting Managing Director Dr. Joi Nunieh on her bid to sanitise the commission.

The group said no amount of blackmail and slander against the NDDC boss would make her stop the ongoing forensic audit of the commission.

At a press conference in Port Harcourt yesterday, the spokesperson of the group, Ogenyi Okpokwu, described the claim that Nunieh holds a fake National Youth Service Corps certificate as “sickening mendacity and hearsay even in its most sophisticated scrutiny.”

He said: “The acting MD’s persecution is not surprising, especially after being given an uphill task of sanitising the agency by ordering a forensic audit.”