’Nigeria will triumph over insecurity’ 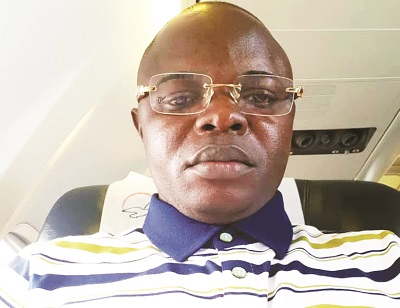 Emmanuel Umohinyang is the Convener, Coalition for Good Governance and Justice (CGGJ). In this interview with reporters in Lagos, he speaks on how Nigeria can overcome insecurity and other issues.

What are your thoughts on the U.S visa restrictions against Nigerians?

I think first and foremost, we have to correct the impression that there is a visa ban because a lot of pundits have gone to the market with that narrative.

It a mere restriction targeted at immigrants with Nigerian passports, but tourists, students, business are all allowed. They can access the embassy and get their visas.

I think part of the reason was lack of intelligence sharing and terrorism index, and I do also know that it is not entirely correct that the Nigerian government has not been sharing intelligence with the American government, because back here, we have the Police, the SSS, we have the CIA, the FBI in the US, and they collaborate and share information about movements and happenings in the West African sub region.

But I think also that the Trump administration had campaigned on “American First”, and so the global threat to American citizens call for concern.

Two, Nigeria is seen as a semi-African continent because when you take Nigeria out the continent, you can count the people there in. We are the leaders in the continent, and the American government and by extension the European governments depend so much on Nigeria for stability in the African region.

It is unfortunate for this to happen because I expected that there were early warnings, and I expected the Foreign Affairs minister to have set the ball rolling to ensure issues are resolved before the hammer on those innocent Nigerians who would wish to do one thing or the other in America.

However, the President has set up a committee to immediately go to work and resolve those knotty issues, and I can assure you that it will soon be a thing of the past within the next couple of days.

Does the upsurge in insecurity not justify the US action?

When you look at insecurity, it is unfortunate that our brothers and sisters are being killed. When you get reports like that, one is saddened. Insecurity has become something no country can handle all by itself.

It’s a global challenge. And when you come back home, you‘ll discover that not only do we have shortage of manpower, even successive administrations had not been recruiting.

What about ammunition? How many government since 1999 can say this was what we procured from the defence budget. You don’t pick some of this ammunition on the shelf. The Tucano jet we requested from the American government will not be ready until 2022.

Is the country going to wait till 2022 before engaging insurgents in the Northeast? That is why I find it very ridiculous when some pundits throw their weight in the ring.

The Christian Association of Nigeria (CAN) has been a disappointment, unfortunately so. I think CAN is suffering from trust deficiency. There is serious trust deficiency in CAN, and I can tell you for free that the CAN we were brought up to see, the CAN of the days of Cardinal Olubunmi Okogie, the CAN that when they speak, the government listens.

You lose your morality to that same government. They parade the banner of CAN, and when they need foot soldiers, to propagate their selfish interests, but jettison the banner of CAN during merriment. Pharisees and Sadducees have hijacked that once upon a time noble association.

I cannot follow these men who preach hate and disunity. CAN is not the way, but Christ is. Thank God, President Muhmmadu Buhari will never bribe anybody. He will never do it. The truth is that CAN does not enjoy the support of majority of Christians.

With the rising cases of killing of Christians, don’t you think CAN is on the right part?

A good leader does not see things from a biased point of view. CAN ought to be an umbrella you can run under for shelter.

I think that was where Femi Adesina came in. What was it that Femi Adesina said that has not been said before? He said prior to 2015, before the Buhari administration took over, the security situation was worse. There were bombings almost on a daily basis. It was not just the issue of Northeast, it got to the seat of power.

The Force headquarters, a stone throw to the seat of power was blown up. The United Nations office was blown up. In fact, a Catholic Church in Suleja was ripped apart.

What was CAN’s position during that era? What comment did CAN make to that administration? And did they see to it that insurgency was put under control? Go and check.

Go and find out. We are not saying that we have got to the promise land, but we can tell you that we are not in Egypt. I am also not saying we are stranded in the wilderness; we are marching towards the promise land. Every Administration comes with its own challenges.

There are new security challenges that have emerged. The Boko Haram challenge has at least to a very large extent been nipped. Bombings are not a frequent as they used to be. I think that was point Adesina was trying to make.

While we sympathise with everyone that dies, we are pained, as citizens, and not necessarily we are in government. And the President is also pained. You need to see him whenever there is a report of killing.

Agreed that CAN do not have the resources and instrument of coercion to nip insecurity in the bud, but what is it doing to help?

What can you say about the duty of CAN to our brothers and sisters who have been rendered motherless, widows in the Northeast and other parts of the country? What moral support is CAN giving to these families? What have they done to mitigate the suffering of the bereaved families? The Synagogue Church of All Nations, Lagos suffered a major disaster.

Over 100 people were killed. CAN did not issue one statement in sympathy with what happened but the Sultan of Sokoto, a Muslim, put a call to Prophet T.B. Joshua to pass his condolence, so you can then begin to see that this thing called CAN.

We must begin to see when they are really speaking for themselves because it is now obvious that we have hypocrites masquerading as Christian leaders. Nigerians and Christians in particular must go back to the Bible. What was the preaching of Jesus Christ? Let’s even assume there are no killings here and there.

We have a President that is very accessible to the people. Pastor Tunde Bakare has met with the President on several occasions to share with him his opinion on national issues. He doesn’t do so in the media. That is what we are talking about.

But, CAN seems be justified with the recent position of the National Assembly on the sack of Service Chiefs.

I think we are over flogging the sack of Service Chiefs. People sit in the comfort of their homes and make suggestions that do not hold water

You cannot interrogate this thing in the comfort of your home. You need to engage the actors on the field. The National Assembly is speaking more on emotions, not facts. Remember the government acted and made a success out of the farmers/herders crises. That is to show you we have a government that listens.

Oshiomhole’s Wife Reacts As Kabaka Calls Her A Barren

Get In Shape By Using These Wise Health and fitness Suggestions