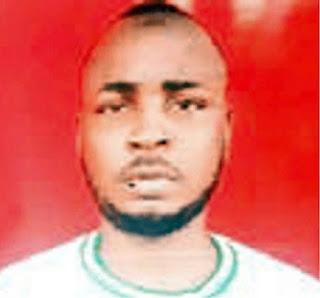 An ex-member of the National Youth Service Corps (NYSC), Abraham Amuta, yesterday allegedly turned down an offer by the Boko Haram insurgents to be freed and go home. Instead, the ex-corps member reportedly told those who went to the Sambisa forest to secure his release to go back home, saying he had renounced his Christian faith.

Amuta, a native of Benue State, who was doing his one-year mandatory service in Borno State, was abducted alongside a 58-year-old man, Moses Oyeleke of Living Faith Church in Maiduguri and few others, including a schoolgirl, Ndagiliya Ibrahim Umar, on April 10, 2019.

They were abducted along Gwoza road from Maiduguri on their way to Chibok to deliver humanitarian assistance. Seven months after his abduction by the Boko Haram fighters loyal to Abubakar Shekau, Pastor Oyeleke was released in November 2019.  The negotiation for the release of Amuta and the other captives continued until yesterday when the process collapsed at the last hour following the ex-corps member’s decision to remain with his captors.

Expect more intervention projects as soon as the 2022 appropriation bill is passed, Akpabio says as he Commissions Projects in Rivers state.

ALAKE OF EGBALAND IS MY FATHER – SAYS SUNDAY IGBOHO

Get Reductions On Vehicle Insurance

ONE YEAR IN OFFICE: WHY OGUN GOVERNOR ABIODUN IS BEING WIDELY COMMENDED

I ‘ll Not Hesitate To Close Down Worship Centres Again  If…,Abiodun